Your Gateway to crypto news and insights

Gate.io Blog The Gamestop NFT Marketplace - What is known and why now
Hotspot

The Gamestop NFT Marketplace - What is known and why now 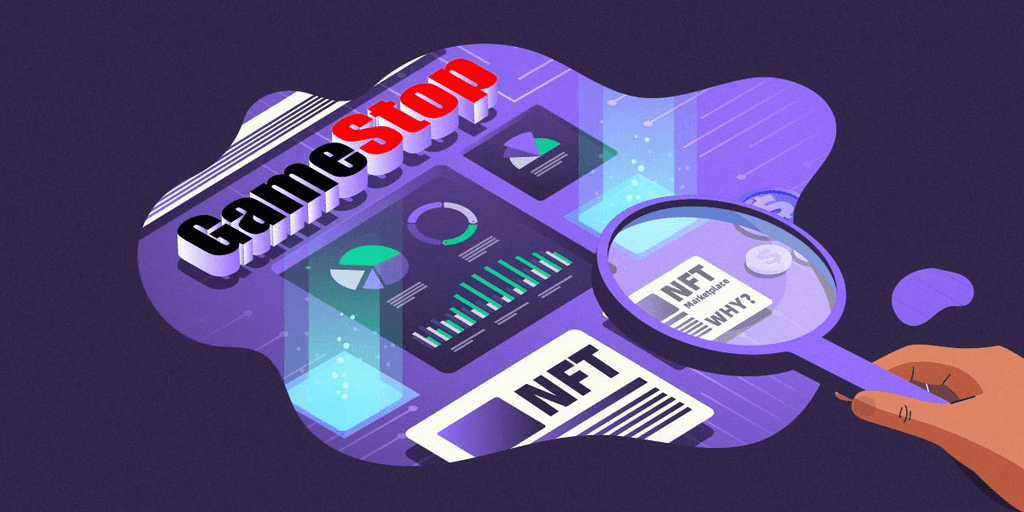 Gamestop announced in January 2022 that it would open an NFT marketplace as part of its recent remodelling strategy towards becoming a tech company.

While details of the marketplace project are yet scarce, it is known that the company hired 20 professionals for the new NFT division, envisions the platform as a hub to trade gaming-related assets and are planning to host it on the Ethereum network.

A major videogame retailer since 1984, Gamestop was struggling financially until January 2021 when WallStreetBets initiatives helped the company avoid bankruptcy. Now under a new CEO and business plan, it seeks to remodel itself to keep up with tech trends - and opening an NFT marketplace for gaming assets ties well to its past and the current play-to-earn and metaverse crypto ecosystems.

Gamestop had quite the ride in 2021. From facing bankruptcy to receiving immense value spikes and becoming the most talked-about stock in the world (GME) thanks to WallStreetBets, the gaming veteran is currently going through a major business remodel. Since July last year, it has advocated for a new market strategy focused on transforming itself from a retail store to a “technology company,” according to recently-hired CEO Matt Furlong.

This January, Gamestop took its innovation plans one step further with the announcement of an NFT marketplace in the works. But what does the company have in store with such a move, and why now?

Despite the major news, those who followed Gamestop’s steps since early 2021 wouldn’t say these were news at all - the company gradually has been hinting at taking part in the crypto ecosystem for several months, with a strong focus on NFTs through every discussion.

The rumours started in April of 2021 when a job ad on their website looked for an expert in crypto, blockchain and NFTs. Later in May, a company report confirmed that it was searching for several professional positions within the NFT market space.

After several clues scattered around 2021 and a bit of radio silence in years’ end, Gamestop opened 2022 with its official statement. On January 6th the company announced it would be creating an NFT marketplace, along with a website with not much information attached thus far.

After the announcement of the NFT marketplace went public, financial reports detailed that the stock surged up to 20% in a day, before consolidating around a 7% upside related to its previous average before the announcement.

There’s not much to tell from Gamestop’s NFT website at the moment, but some things and small hints are available to presume. 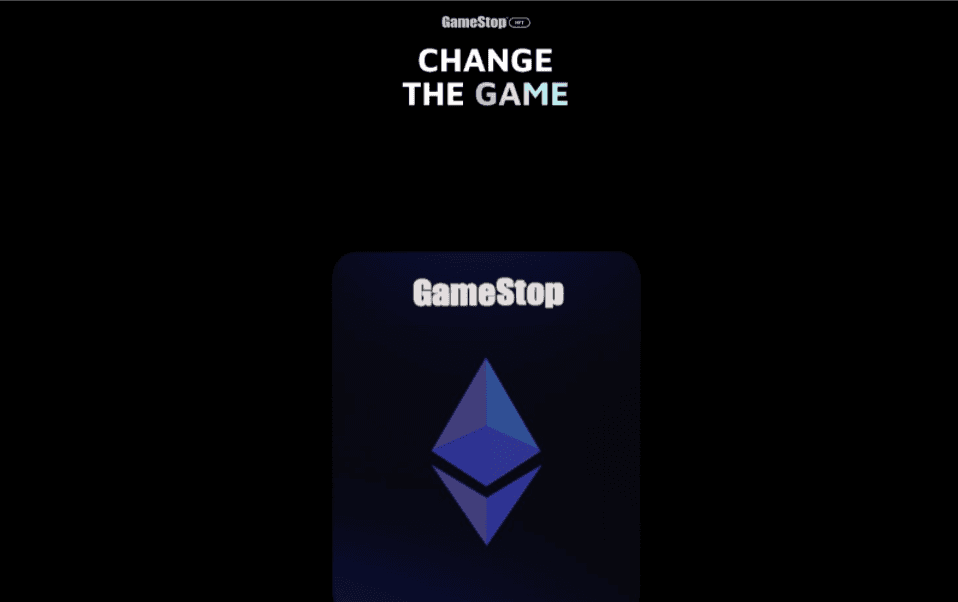 For instance: the website shows the Ethereum network logo, so it’s clear that the new NFT marketplace will be powered by Ethereum. There’s also a form available for anyone to fill out and apply to become an NFT creator. However, it is an extremely simple form: Gamestop asks whether visitors are independent creators or companies, their name, email, familiarity with NFTs/the Ethereum blockchain, design portfolios and that’s about it. They also ask for an Ethereum wallet address, so airdrops are quite likely in the future.

It has also been disclosed that the company hired a total of 20 new employees to run the new NFT division of the company, so major updates are most likely not incoming anytime soon as Gamestop is still keeping a very small staff on the project. The company also revealed that it will be using the new NFT marketplace to trade tokens and avatars related to games offered by the business which of course, makes perfect sense.

When it comes to the timing related to NFTs, Gamestop couldn’t have picked a better one. The word “NFT” recently surpassed “Crypto” in web searches for the first time ever, and Collin’s dictionary declared “NFT” as the “word of the year” in 2021. NFTs are all over the place, but what makes this move so ideal is the company’s proximity to a huge piece of the NFT ecosystem: gaming.

Gamestop is a game-distributing company, founder of hundreds of videogame retail stores since 1984. With this recent strategy move towards becoming a tech enterprise, Gamestop can continue its quest of gaming distribution through NFT assets. NFTs are the point of entrance to play-to-earn games such as Axie Infinity and metaverse projects, like Decentraland. By branding itself as a hub for NFT creation and distribution, Gamestop will continue to provide a valuable platform for videogame commerce - now updated to the digital world.

It is still early to tell where this decision will lead, but as a beloved veteran in the gaming retail industry and recent stock underdog, Gamestop has the tools to turn the tides on the company and make waves in NFT innovation.

Author: Gate.io Researcher: Victor Bastos
* This article represents only the views of the researcher and does not constitute any investment suggestions.
*Gate.io reserves all rights to this article. Reposting of the article will be permitted provided Gate.io is referenced. In all other cases, legal action will be taken due to copyright infringement.

Share with：
Follow us：
Trending
Gate.io Becomes The Second Largest Crypto Exchange By Trading Volume
UST Decoupled from the US Dollar and LUNA Slumped by 60%
Luna Fell by More than 95% in a Single Day. What Is the "Death Spiral" Leading to Hell?
The Whole Story of Musks Acquisition of Twitter
Optimism Released an Article to Recall the Course of the Project, Maybe Will Airdrop Management Tokens
Claim 20 Point now
Exclusively for Newcomers: complete 2 steps to claim Point immediately!